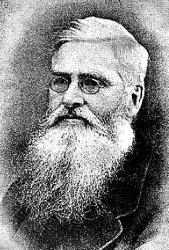 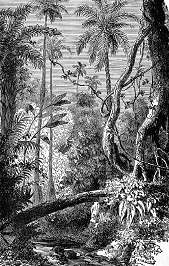 An important account of Amazonia, by one of the great evolutionary biologists.
Pisces Conservation are delighted to release "Travels on the Amazon and Rio Negro" on CD, for Windows PCs and Macs, with fully searchable text and hyperlinks for ease of navigation.

Alfred Russel Wallace (1823 - 1913) is one of the fathers of modern science. In 1848, he and his friend H.W. Bates set out for South America on an expedition which would see them explore the Amazon and Rio Negro rivers. For reasons unclear, Bates and Wallace parted company in 1850, Bates remaining in the Amazon for a total of 11 years. After four years of collecting, Wallace set sail for home in 1852. Disastrously, his ship caught fire en route, and he lost his entire collection and most of his notes. After considerable further difficulties, Wallace arrived back in Britain in 1852, where he began work on "Travels on the Amazon and Rio Negro", first published the following year.

Wallace's later years of research in the Malay Archipelago, which saw him develop the theory of evolution, contemporaneous with, yet quite independent of Darwin, secured his place as one of the great Victorian scientists. Through his early work, he made an invaluable contribution to the understanding of the Amazon region; over and above that, he provided the connection between the works of Bates, Spruce, and Darwin himself.

The quality of reproduction of illustrations and text is excellent. The book is in Adobe Acrobat PDF format, allowing high-quality printing of the text and plates.